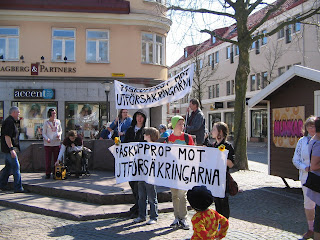 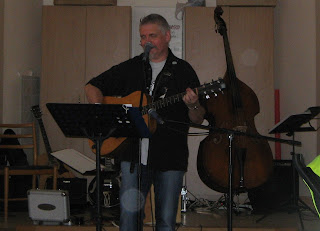 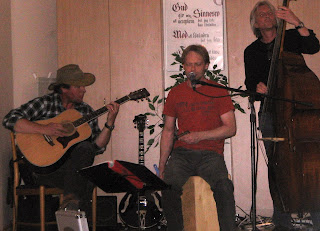 1. What is The Canadian Model? Three aspects:

A.      Attitudes are important. In Canada there has always been a positive attitude to immigration. It´s a historical immigration country. Multiculturalism has been since the 1970´s part of the official policy.
B.      Civil Society plays a major role. The state, according to Howard Duncan, has placed much of the responsibility for integration on NGOs (Non-governmental Organizations). Those are often run by immigrants!
C.       A well-functioning labour market. Canada has fewer regulations for employment and salaries than, for example, Sweden.

A.   The unique point system for labour immigration.
It was in the 1970s that the point system was established. Until then, most immigrants had come from Europe.  In later years, most immigrants have come from Asia. More than half of the immigrants and their families are chosen in a process where you are given points for language knowledge, age, and how familiar you are with Canada. This system has been a success both for Canada and for the immigrants.
B.  Humanitarian immigration
Integration on the labour market is essential for a good immigration policy.  Humanitarian immigration is a big part, but for this category you can of course not use the point system.  Thus they have a harder way to good integration and job. But it is remarkable how the positive attitudes created in the Canadian society by labour immigrants are also a benefit to refugees and others. A combination of immigration for economical needs and humanitarian immigration is said to be the best.
C.  Effect of Social capital
It is also of great importance for the integration how you use your spare time and what kind of relation you have with family, ethnic group and other individuals. The chances to get a job is often depending on if you have a good personal network. But the effect of personal ties is more important in the country than in cities.

Large-scale immigration is a relatively new phenomenon in Sweden, and the majority of immigrants have come for humanitarian reasons. In Canada, most immigrants come for economic reasons. Both in Sweden and in Canada, it is more difficult for humanitarian immigrants to get a job than for those coming for economic reasons.
Another important factor is language. Not many migrants in the world speak Swedish! That requires a focus on language training, prolonging the integration process. Immigrants to Canada are often more familiar with English or French.

Governments  should emphasise the advantages of immigration and promote a positive image of it. To increase diversity on the labour market, governments also need to work for employment of minorities, particularly in public authorities.
Jeffrey G. Reitz points out that the Canadian success cannot be copied in other countries. He argues that Canadians need to rediscover their own politics in the light of new circumstances.  The modern knowledge-based society makes it more difficult to integrate foreigners into the labour market than in earlier times.
Support for integration of immigrants is an important part of Canadian politics, and this is something to be emulated. Canadians want immigration,  and the state has made the integration project its highest priority.  Howard Duncan, chief of the Metropolis Project, says about the idea of Multiculturalism: There is a difference between making it possible for minorities to take part and forcing them to conformity. (Hojem and Ådahl: Kanadamodellen, Fores 2011, page 31.) He then refers to some European countries where cultural minorities are expected to give up their traditional values. In Canada immigrants are mostly warmly welcomed by authorities, employers and citizens.

The Swedish Minister of  Integration Erik Ullenhag has said, when the book Kanadamodellen was presented at a seminary in Stockholm on 3rd of March 2011,  that Sweden could very well be inspired from the Canadian point system for labour immigration in the future, but to help people in need must be our highest priority.  The panel in this seminary emphasized that the civil society needs to play a bigger role  in the work
for integration, and Mr Ullenhag meant that this is already slowly coming in Sweden.
A Swedish Church Magazine (Svenska Kyrkans Tidning 7th April 2011) writes that “It´s in our heads”. We need a new knowledge, recognizing that today problems with for example segregation are global and so are the solutions . Here the “volunteer forces” can help us to get an attitude of welcoming also those who are different, because they can support  the common good.
Canada is a country built on labour immigration. Sweden also has voluntary immigration. In the 1960s, thousands who came from Italy, Turkey and former Yugoslavia immediately went to work in the industries. Today the situation is quite different, both in Canada and in Sweden. People come as refugees or to be reunited with their families. Many of them come having endured traumatic experiences. We should expect even more of this kind of immigration. A new category is the climate refugees. When will they be knocking on our doors?
Let´s see immigration as a privilege. Diversity makes us all the richer if we handle it in a positive way. That´s a challenge both for Sweden and for Canada.
Upplagd av Bo Olsson kl. 17:08 Inga kommentarer: